Noto peninsula has an expansive area of agricultural area and is filled with foliage. The land produced large quantities of watermelons, squashes, and spring onions, and was traded at high prices in places including the market in Osaka. However, younger generations began to leave agriculture in a bid to find better income in cities. As a result, farmers are increasingly becoming older. Noto’s population has halved since its post-war peak figures. “Oretachino NOTO” is a group of dedicated people aged in their 20s and 30s with a firm belief that the future of Noto’s local economy hinges on the revitalization of its agriculture. 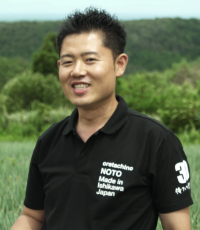